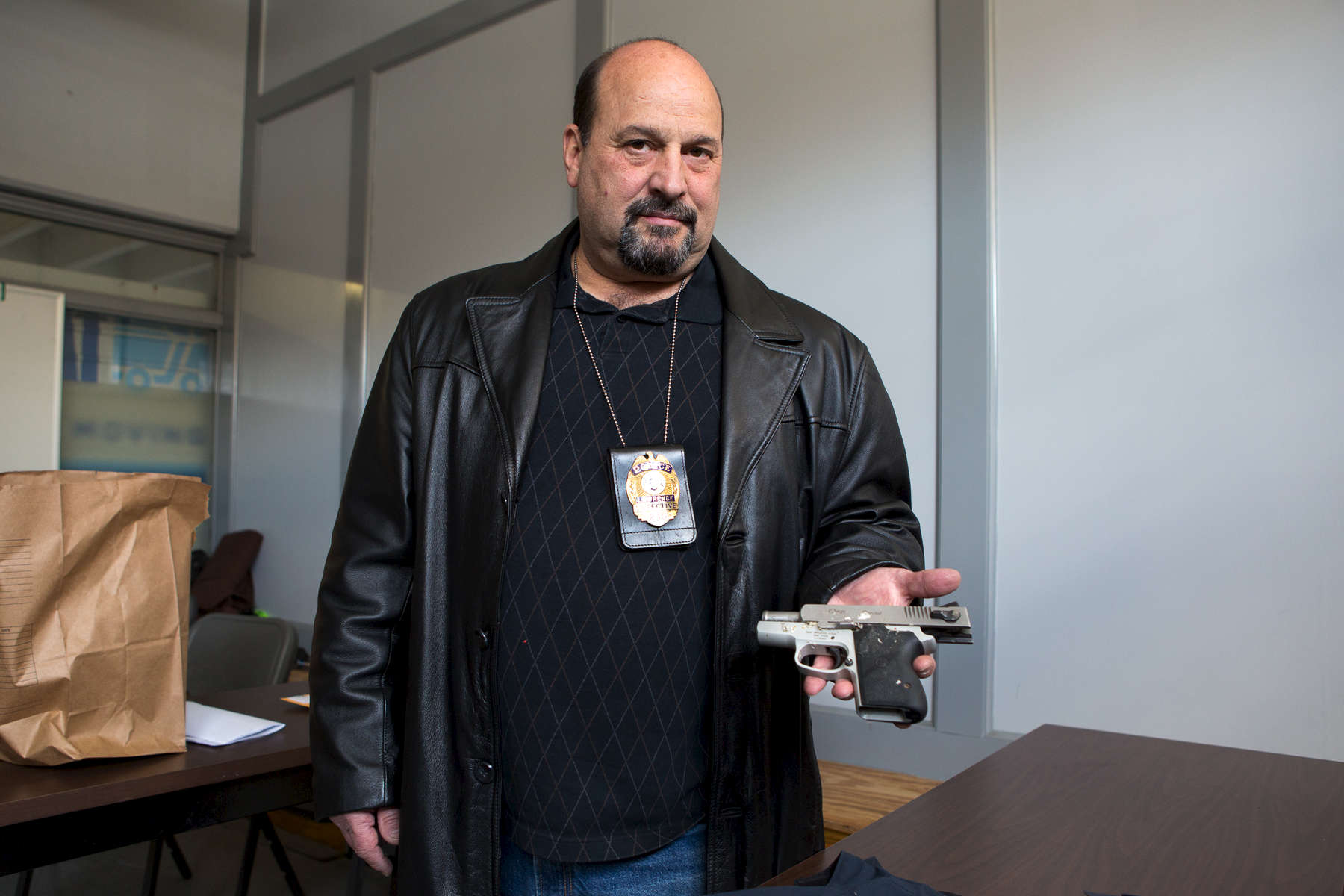 Lawrence, MA., April 2,: Lawrence Police Detective Neil Perocchi holds a .45 caliber handgun that was found at the "Valley Lodging" motel just blocks from the station. The gun was linked to a suspect was stabbed in the leg and allegedly threw the gun out the window of the motel. He was also in possession of a bullet-proof vest which is a felony. Lawrence is notorious for drugs and crime. The city is kicking off a grassroots campaign to remake its image. Photograph by Evan McGlinn for The New York Times.