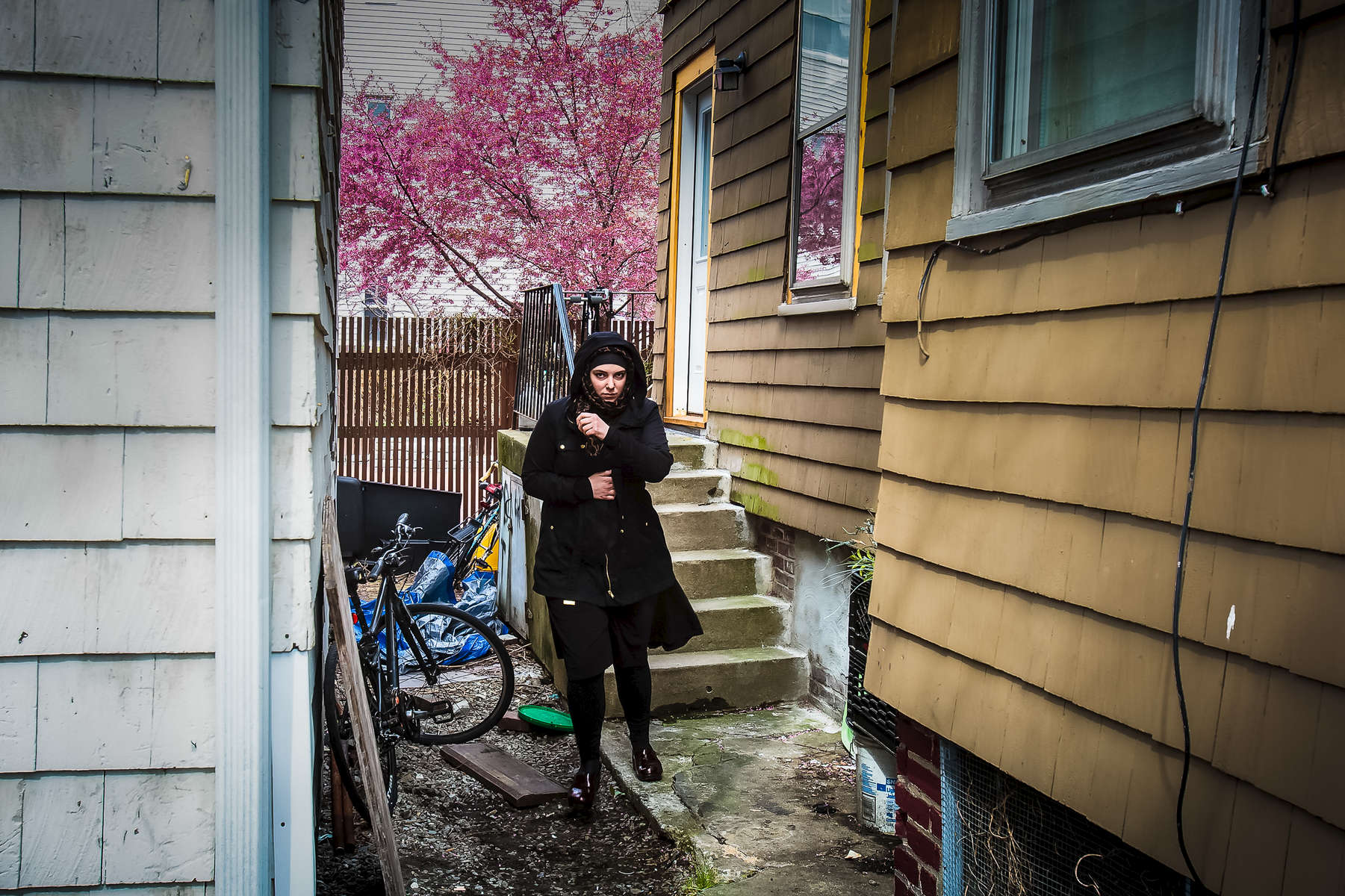 
Cambridge, MA., April 20, 2013: Katherine Russell, The wife of suspected Boston Marathon Bomber Tamerlan Tsarnaev fleeing a house at 410 Norfolk Street in Cambridge which was searched by police looking for evidence in the case. She appeared briefly, called out for a woman that sounded like the name "Anna" several times, then pulled her veil over her face and ran off with the press running after her. Photograph by Evan McGlinn for The New York Times.